We are defeated and in shock, because Sparrow has left us unexpectedly. This afternoon he underwent emergency surgery for severe inflammation in the abdomen.
Sparrow was a small dog but had a great personality and he was so driving in his job. He always went on and never stopped. We all enjoyed our training moments with him. The complete team will miss him!
We would like to thank Farm Food Hondenvoeding, for supporting him through a sponsorship! 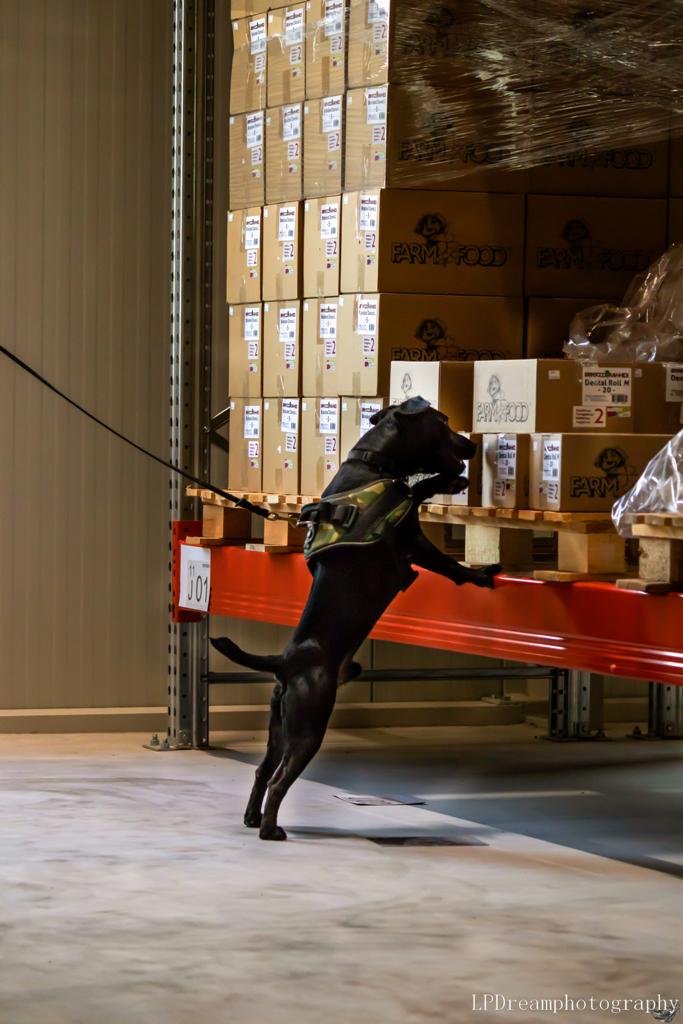 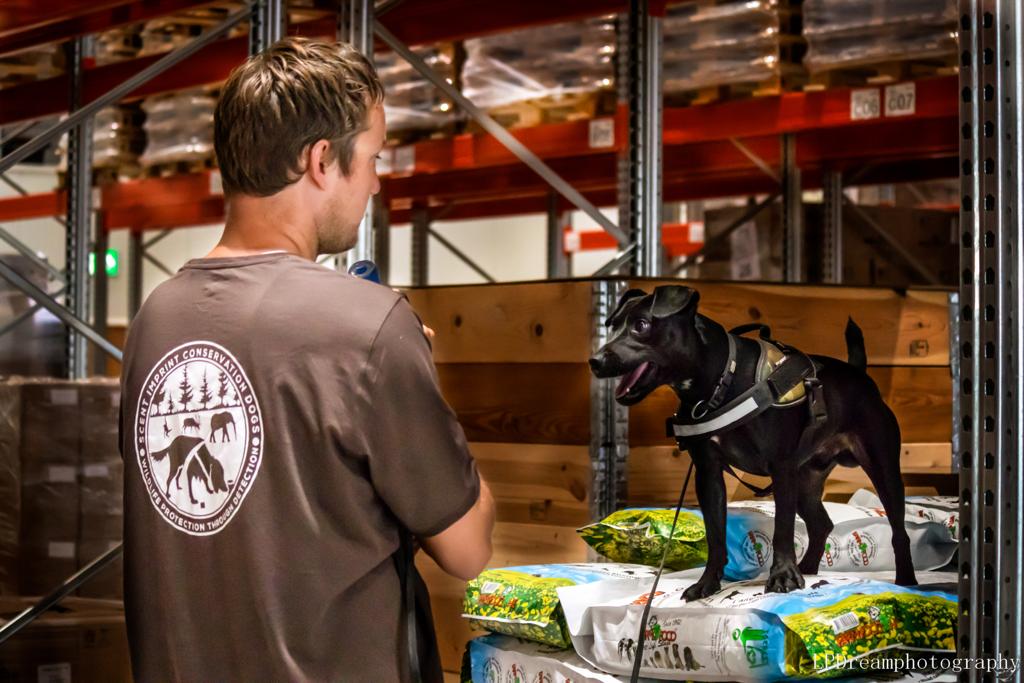 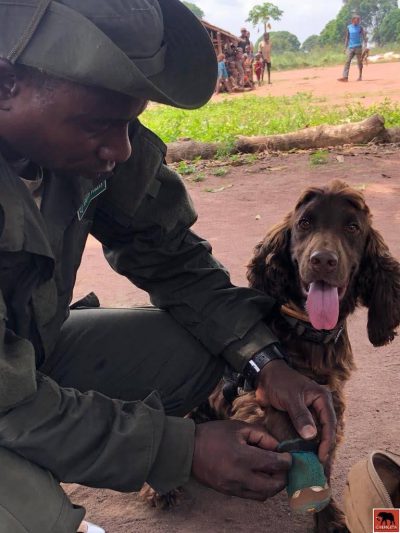 The special bond we have with our canine companions is borne through the love and loyalty we mutually experience. That is why it makes it all the more devastating to let you know, through collective tears, that we had to let our darling detection dog Mitch go earlier this week.

You might have read in our previous posts that Mitch developed a worrying eye infection during the coronavirus lockdown. We had been unable to fly him out of Central African Republic for specialized tests, diagnosis and treatment for months due to the flights and border closures. Whilst the veterinarian on site did her best, without laboratory testing needed to correctly diagnose the problem, his condition gradually worsened.  Finally, when the borders reopened and thanks to the generosity of our supporters, we were able to urgently fly Mitch out of the Central African Republic last month and get him to the best available specialists. The eye infection, which once investigated in Holland, revealed an underlying immune deficiency illness.

Mitch and his canine colleague Bobby, originally started training when they were puppies as drugs and explosives detection dogs in the Netherlands with Scent Imprint for Dogs, were retrained to also detect ivory initially and were deployed by Chengeta Wildlife to support the Malian Combined Army-Forestry anti poaching Brigade for the protection of the last Sahelian Desert Elephants. They were in fact the first ivory detection dogs in West Africa.

Mitch and Bobby went on many an adventure together, protecting their rangers by searching for booby traps and mines as well as contraband and even being caught in a firefight with the men of the Malian counter poaching unit in September 2017. They then were rotated back to Holland to get ready for their new workplace, again training to also detect pangolin scales for the Central African Republic (CAR) where they were stationed since the beginning of 2019. They were in fact the first canine detection dogs in Africa trained to detect pangolin scales. Mitch was so efficient at this skill that during tests he could detect a single pangolin scale hidden in an engine.

Under the guiding eyes of their handlers Freddy and Cyrique, they helped intercept the illegal trade of ivory and pangolin scales at traffic stops and by sniffing out weapons. Mitch and Bobby enabled the eco-guards to increase their arrest rate which helped to deter poaching and improve security in the region. Shutting down the logistical support of poachers and traffickers is just as important as shutting down the poachers and traffickers themselves. True canine heroes!

While back in Holland, Mitch showed some signs of recovery under the care of his vet but sadly took a turn for the worse last week and required an emergency blood transfusion to help increase his red blood cell count. We were hopeful that this would give Mitch a fighting chance of overcoming the infection that was attacking his body. 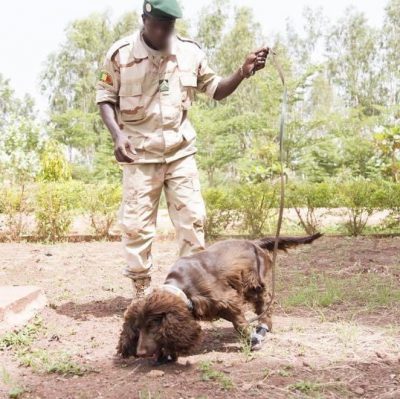 However, this was not to be. His improvement was sadly only short lived, he quickly took a turn for the worse and with nothing more the vet could do, we had to make the very difficult decision to let Mitch go. Mitch had suffered enough and it was time to let him rest.

Our founder, Rory Young remembers Mitch in his own way:
“Not only did Mitch protect us in the field from explosive devices and help the rangers achieve their mission to arrest poachers and seize contraband, but he and Bobby have always helped keep everyone’s spirits up. At the lowest ebb, when exhausted, under fire and frightened, the sight of Mitch wagging his tail and looking at you with concern for you and none for himself would re-energize you. I cannot express how sad I am to see this little warrior leave us. He was just a wonderful being.”

Dearest Mitch, we are completely devastated by your loss and as we mourn, we will always remember you as a key part of our team and the Chengeta family where you loved nothing more than to play your work-game of finding and playing with your toy with the handlers and trainers. We are so sad that you were not able to enjoy a long, playful retirement, but take comfort in the fact that you achieved so much in your short life and right up until the end, your tenacity for joy and love remained strong. We know that Bobby will miss his canine partner. Rest in Power, hero boy, you are now at peace and free of pain.